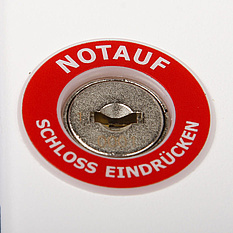 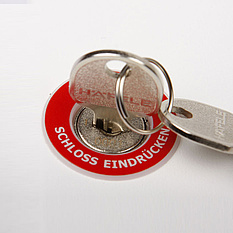 • VENTUS SPECIAL VARIATIONS
Upon request, we can deliver the Ventus basic system with observation windows for the manometers (individually or as a large cutout).

• SURFACE DECORATIONS
The surface of the Ventus system can be individually designed. We offer everything including different colors and the most varying materials!

• VENTUS DIGITAL
The Ventus system can be equipped with a blue illuminated liquid crystal display. Thus, the user has access to diverse informational options.

• NETWORK CAPABILITY
As in the case of many other CEGA components, we offer a network interface for the Ventus system. Thereby, the Ventus can be integrated into a monitoring system of the medical media supply. This facilitates the central monitoring of the entire gas supply system.

• SEALED EMERGENCY OPENING
Upon request, we can in addition to the serial door opening alarm also equip the Ventus system with a proven seal system. It is able to immediately detect an unauthorized opening of the Ventus system.

• LOCKABLE LOCK
Upon request, the Ventus can be equipped with a lockable lock. Naturally, the emergency opening option remains functional.